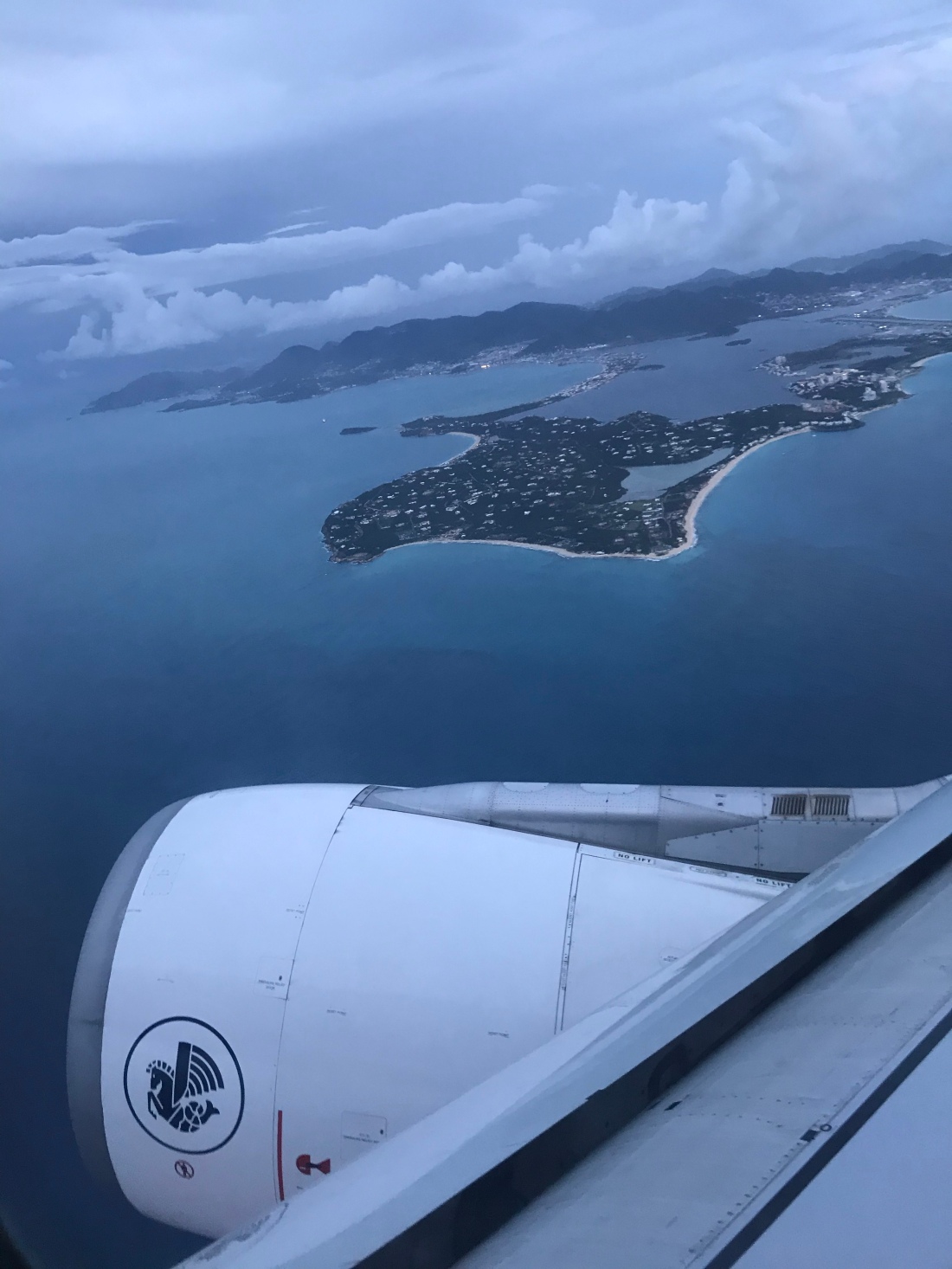 I think this will be a short one, so you might actually make it through to the end. It’s going to be short because I didn’t write notes at the time and I’m having to rack my brains back over 18 months, despite the lack of detail rest assured that this trip was unique and I loved it, it also took me over the 30 Mark for my 30 before 30 challenge.

I wanted to get to 30 countries before 30 and so I used the “Been” app, I’m not gonna gloss over it this was a bit more flexible than using like a UN based list and it allowed me to register both Sint Maarten and Saint Martin as countries soooo I’m taking it.

Anyway SM is a Caribbean island split in to two, it has a French side and it has a Dutch side. As ever I won’t go in to detail about the location andabout why it’s split or whatever as that’s available on sites more educational than mine :). The Dutch side is seemingly more financially better off and the french side is still struggling with the affect of Hurricane Irma in 2017, both financially and structurally. Whilst there are some locations to stay on the French side most visitors will end up staying on the Dutch side. I think one of the things the island is most famous for is the runaway that starts at the beach, I’m sure you’ve seen countless pictures of people looking as though they could almost touch a plane or holding on to a fence as a big place starts it take off.

Our journey was due to be London to Paris, Paris to Saint Martin and the same in return, our long haul leg was due to be Business Class, if I was that prestige I obviously wouldn’t mention it was Business Class, this was going to be the first and maybe only time I experienced it! Unfortunately for us it didn’t turn out quite the way we had expected it on the way out there, as we had standby business class tickets, it turned out that business class was full on this occasion so we had two options travel in economy on the day or wait until tomorrow and risk it for Business class. We decided that it would be best to just get there.

Saint Martin airport is still badly affected by effects of Hurricane Irma and as a results it’s terminal building was a tent, the airport has since re-opened the terminal building I have found out and then upon leaving the tent our first experience of friendly, easy going, charming Caribbean people seemed to go as expected. The airport taxi driver charged me 15 dollars, I later found out it should have been 7. In hindsight this is my own fault, I didn’t do any research. Oh well, lesson learned.

We’d booked our accommodation through AirBnb, and were staying in Simpson Bay which Was the closest resort to the airport. We’d gone very early in the season which meant the area was quite quiet but there were a few bars open locally. Our AirBnb was on the beach front and as well arrived we were greeted by the cleaner of the apartment finishing her work and two German men in the sea who, it turned out, were our neighbours.

We didn’t have much planned for the trip we were looking for a relaxing retreat and the pictures of the island looked great so the plan was to chill out, go to a couple of different beaches, drink, eat and come home properly relaxed and that’s what we did.

We made friends with Thomas and Philip the German neighbours and spent a couple of nights drinking with them. Which was very nice.

So to get from town to town there is a hop on shuttle bus service all over of the island, if you walk down a street these buses will beep at you and if you hail them down there is a set price and you can hop off any where on route. The difficulty in this system comes when your going to a resort further away, like you will be in Simpson Bay and want to get some where on the other side of the island and there is no bus that goes directly there you need to a find a bus going to a town on the way, get off there and find another bus, this is also how the locals get around and so it’s fun riding along with them. It’s a really cheap way of getting around and you do get to see a lot of the island and other than at the airport actual taxis are really hard to come across.

One of the days we were there we went to a place called Pinel Island, it’s a kind of nature reserve. Despite being quite busy on the beach the place is quite serene. There were a lot of iguanas and other lizards and once people started feeding them loads more came and it was enjoyable watching a lot of the tourists getting scared by the animals. As we made our way back from Pinel Island I was lucky enough to see a turtle which was great and then we had to go and look for one of the hop on and off taxis, Carolina and I started walking up the road and began to get a bit nervous when the road was all but deserted. Then a car pulled up to us, the window rolled down and said “where are you staying?” We said Simpson Bay (about 30 minutes away) and they said they’d give us a lift, we were so grateful and I think had it not been for Ron and his wife Carolina and I might still be hitching for a ride.

We went to Marigot a couple of times to have lunch which was a really nice town, I think it’s the capital of the French side we found a couple of decent restaurants and climb up to an old fort which gave real nice panoramic views of the town.

On our trip up to the old fort we did see a bunch of people who were clearly doing community service, and despite some light behind the back car calling they were helpful and told us the best way up to the fort. It was noteworthy 🙂

One of the beaches we went to was called Grand Case, we had read that it was really good for snorkelling and it was a very picturesque beach. We made our way there via a couple of buses and aside from choosing a day with rubbish weather conditions the beach was not as we’d seen, pretty much the whole town had been battered by the Hurricane a few years before and as a result apart from a few upmarket hotels there really nothing there, I barely even stepped foot in sea. I can imagine it would have been really nice, on a nice day and lined with little local restaurants and bars. There was a huge amount of building work going on though so I think it will be fine in a few years!

Maho Beach is the one that a lot of people will have seen but might not realise where it is. Maho beach is the beach famous for aeroplanes taking off and landing next to it, giving people the opportunity to take pictures or hold on to a fence and get sent flying back by the Jet engines. Due to it’s notoriety the beach is packed all day every day, and every four or so minutes all the sun bathers get up and take a picture which I can only imagine turns out exactly the same as the last one. I suppose it really depends on what you go to the beach for but if it’s a chill out and a relax this probably isn’t the place BUT it does get one of the best sunsets on the island….which typically I didn’t take a picture of. You’ll have to trust me.

This trip was exactly what I needed at the time, I needed to chill out and I got that. We spent a few days in Phillipsburg which is the capital of the Dutch side and that is such a vibrant city, it’s also strange, basically the town only really opens up on days that cruiseliners come in to the city. Despite much of the town being closed there are some really fun things to look at and take pictures of

Aside from some fun beaches and nice restaurants and great weather there is still more the island and that includes wildlife here are a few of the critters I saw.

We’ve spoke about Saint Martin after we got home and decided that we would love to go back there in the future maybe once the French side as completely recovered, so maybe we will do that.

After 7 days of some relaxation it was time to make our way home, in Business class. Our flight was delayed and we had to spend a few hours in an unconditioned, packed glorified tent, that was hellish but the flight was luxury. We boarded the plane last because we were standby they just had to make sure there was space and then took our seats. Our seats were huge and fully reclinable so essentially had a bed, offered a champagne before take off I’d never lived so well. In our welcome back there were slippers, face creams, blankets and the service was immense. Travelling in business class is likely an experience I may not get again, which is a shame because I loved it. I was trying so hard to stay awake as I didn’t want to fall asleep as I’d miss out on the experience my eyes failed me and I did fall asleep.

All in all a very nice, relaxing and fun trip.

See told you it’d be short